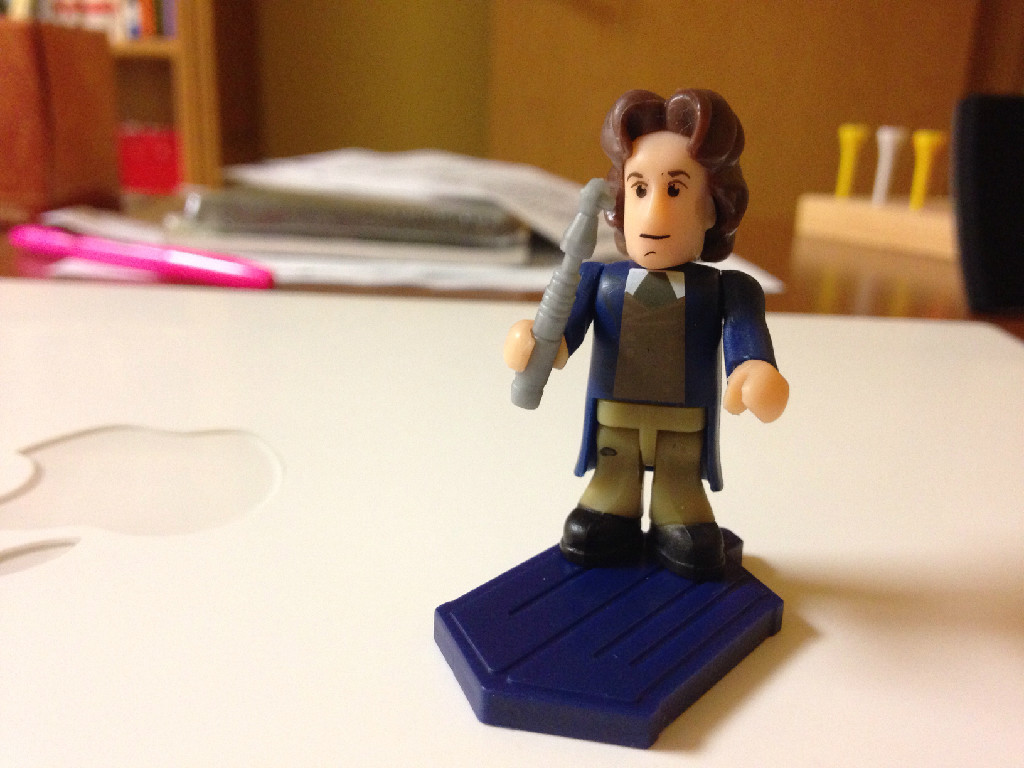 “But probably not the one you were expecting.”

So says The Eight Doctor in only his second on-screen performance. Paul McGann was chosen to be The Doctor for the BBC/Fox TV movie, that was supposed to launch a new series. It didn’t because it was awful.

But he wasn’t. He was actually quite good. The line referenced above was from “The Night of The Doctor” a mini-episode released online as a prequel to “The Day of The Doctor,” the fiftieth anniversary special. It was with this line that The Eighth Doctor earned a very special place in my heart.

This little fellow was a Father’s Day present to myself during a trip to Books-A-Million. He came in an opaque pack to conceal his identity. I had hoped for him, and, wouldn’t you know, there he was!